Learn about the new financial center that the Turkish government is soon seeking to open in the city of Istanbul, in order to strengthen the city’s financial position and increase the financial mobility in the country.

Turkey is preparing to inaugurate the Istanbul Financial Center, through which the Turkish government seeks to upgrade the city of Istanbul and place it on the map of global financial centers, as well as to employ it optimally to promote the growth of the Turkish economy and increase the financial mobility in the country.

The prominent role of the center

In an interview published by Anadolu Agency on October 25, the head of the Finance Office of the Presidency of the Republic of Turkey (Köksel Ashan) stated that the Istanbul Financial Center, which has an important strategic location in Istanbul, will have an important role in the field of finance at the regional and international levels. He pointed out that the Gulf countries intend to participate in the center, whose construction is 81% complete, and leasing is expected to start in a short time.

In the past few days, the Turkish government submitted to Parliament a draft law aimed at providing tax exemptions and incentives to financial institutions participating in the Istanbul Financial Center project, which includes an exemption of about 75% of corporate profits from corporate tax until 2031.

In a related context, the Turkish President indicated, through the visual message he sent to the regional financial conference late last year, that the opening of the Istanbul Financial Center would enhance his country’s global position on the financial level. He stressed that the center will also be an important step in the field of Islamic banking, pointing out that they will continue to work on legal preparations in this regard.

Project date and place of creation

The Istanbul Financial Center project was announced for the first time in 2008, while its strategy and action plan entered into force on September 29, 2009. The project was designed in the form of 4 sections, employing the latest smart city technologies and the most advanced and modern IoT services. 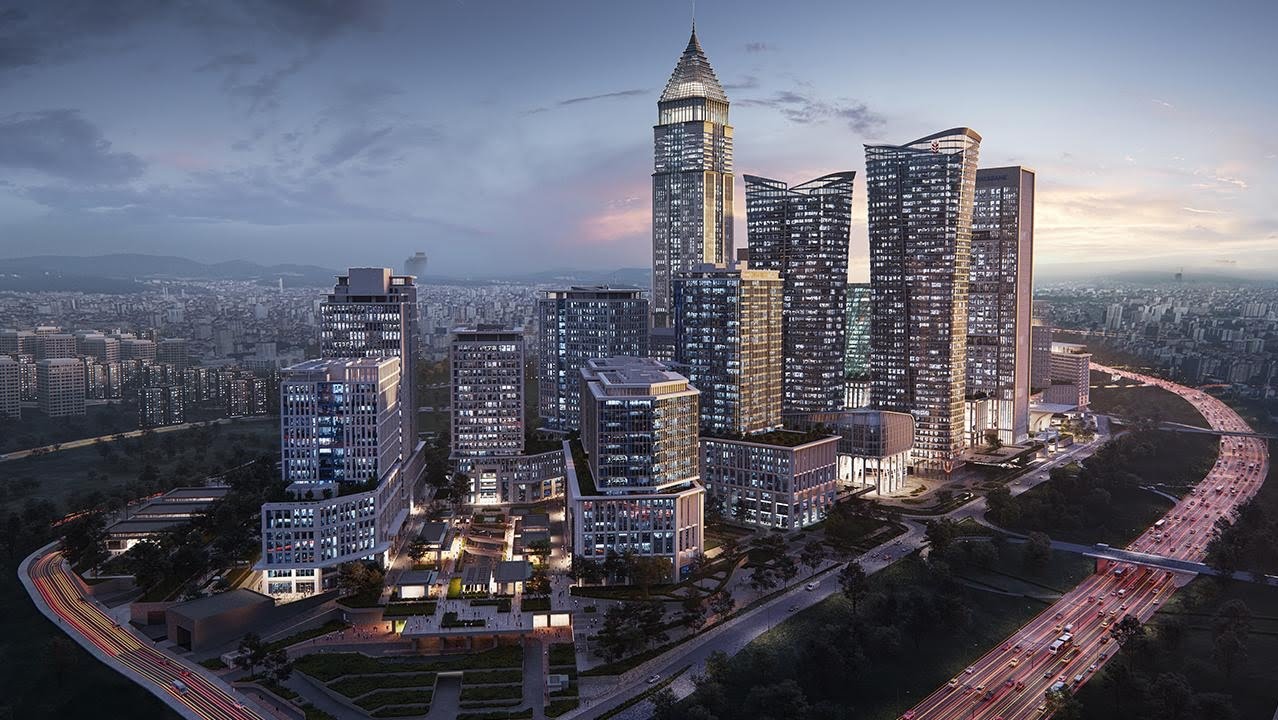 While the center, located in an urban area in the Asian side of Istanbul, includes buildings belonging to private institutions and audit centers, such as the arbitration center of the International Finance Corporation, some financial courts and the Islamic Arbitration Center, in addition to the buildings belonging to the Central Bank of Turkey, and the main headquarters of Turkish government banks, such as : Bank (Ziraat), Bank (Hulk) and Bank (Waqf), as well as the Agency for Banking Regulation and Supervision (BDDK), Capital Markets Council (SPK), and many headquarters of financial organizations and institutions.

It is expected to create job opportunities for more than 120,000 employees, while more than 75,000 visitors are expected to visit it daily.